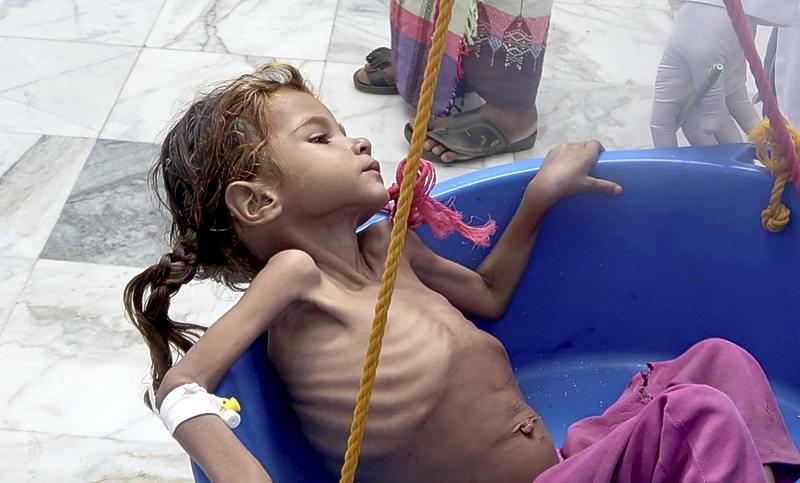 Seven years of conflict in Yemen has killed or injured at least 10,000 children, UNICEF said Tuesday after a mission to the country.

“The Yemen conflict has just hit another shameful milestone: 10,000 children have been killed or maimed since fighting started in March 2015. That’s the equivalent of four children every day,” spokesman James Elder told a UN briefing in Geneva where he urged an end to the fighting.

The figure only included child victims whose fates were known to the organisation and there were countless others, he said.

“Otherwise the agency will be forced to scale down or stop its vital assistance for vulnerable children. Funding is critical. We can draw a clear line between donor support and lives saved. But even with increased support, the war must come to an end.”

“At the current funding levels, and without an end to fighting, UNICEF cannot reach all these children. There is no other way to say this –- without more international support, more children – those who bear no responsibility for this crisis -– will die,” he warned.

“Yemen’s humanitarian crisis –- the world’s worst — represents a tragic convergence of four threats: (1) A violent and protracted conflict, (2) economic devastation, (3) shattered services for every support system – that is, health, nutrition, water and sanitation, protection and education, and (4) a critically under-funded UN response,” Elder went on.

In addition, “400,000 children suffer from severe acute malnutrition. More than two million children are out-of-school. Another four million are at risk of dropping out,” said Elder.

The Yemeni civil war began in 2014 when Iran-backed Huthi rebels seized the capital Sanaa, prompting Saudi-led forces to intervene to prop up the government the following year.

Tens of thousands of people have died and millions more have been displaced.