The Royal Air Force will have the MQ-9 Reaper at its disposal in February 2022. It involves 4 ground stations and 4 unmanned reconnaissance aircraft. The aircraft can collect data and information from the air.

The Ministry of Defense is testing the unarmed system on Curaçao for the time being. This has to do with the favorable weather conditions and availability of air space. The Reaper can also already be used for Defence tasks in the Caribbean. For example in the support of civil authorities or for detection and surveillance. There is partial cooperation with the United States, such as in counterdrug operations.

The Reaper contains sensors that can observe and collect information for a long time on land and above sea, without a pilot on board. Thanks to satellite control, the aircraft can be operated worldwide. The system is fully in line with the Ministry of Defence’s desire to operate on the basis of information-driven military action. 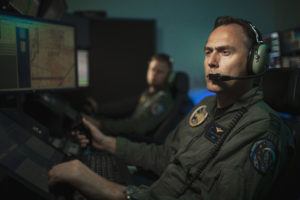 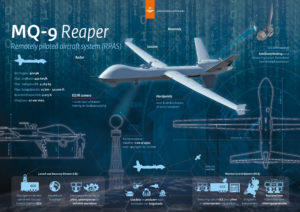