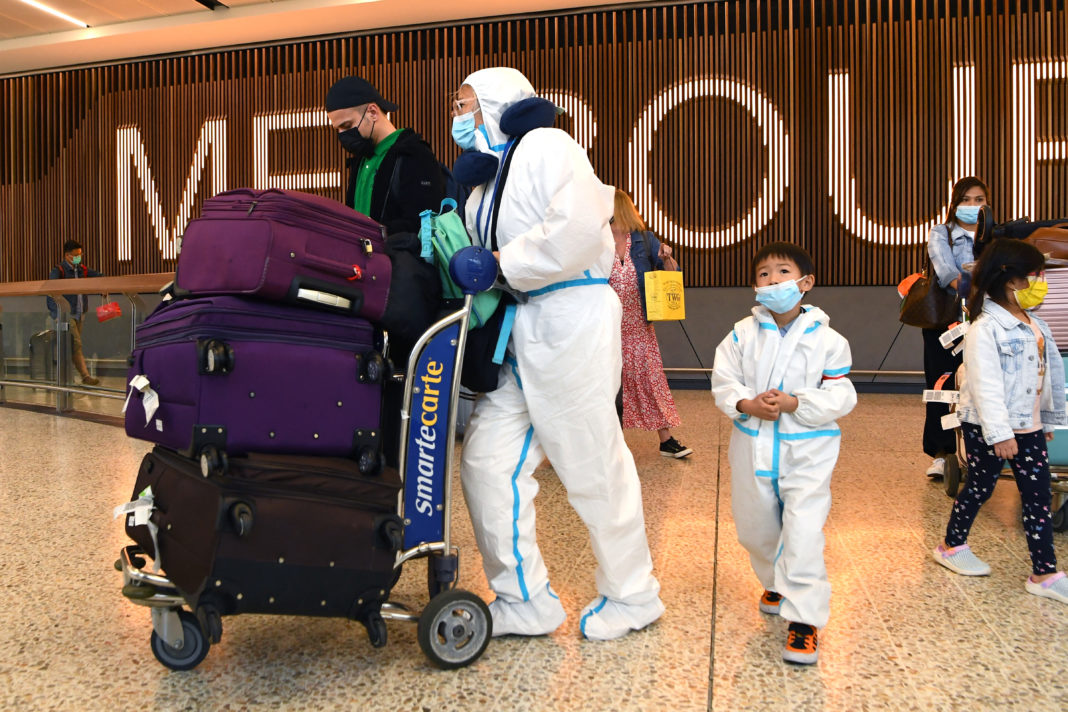 Australia on Monday halted a plan to relax border restrictions imposed last year to fight the Covid pandemic, as a new variant sweeping the world prompted the WHO to warn of potential “severe” consequences.

Countries across the world have reacted to the Omicron strain, first identified in southern Africa, by slamming their borders shut despite the variant having already reached Europe, Asia and North America.

Australia, which has already confirmed five cases of Omicron, was set to relax restrictions on skilled workers and students from Wednesday in a boon to industries suffering labour shortages under one of the world’s toughest border regimes.

But Prime Minister Scott Morrison announced a two-week delay on the plan to allow Australia to gather information on the new variant, following announcements from Japan and Israel of bans on foreign travellers.

The World Health Organization (WHO) said the overall risk from Omicron was “very high” and warned that any major surge would put pressure on health systems and cause more deaths.

Health ministers from the G7 group of the world’s richest nations are set to meet later on Monday to discuss the new strain, with European Commission chief Ursula von der Leyen warning that the world was in a “race against time”.

The first confirmed case of the Omicron variant was in South Africa on November 9, with infections spreading rapidly in the country — although no deaths have yet been reported, according to the WHO.

It warned however that “if another major surge of Covid-19 takes place driven by Omicron, consequences may be severe.”

That irritated South African officials who said they were being “punished” for identifying a strain that has now been detected everywhere from the Netherlands to the UK, Canada to Hong Kong.

Underlining the difficulties of containing the spread, Austria and Scotland, which both have flight bans in place from several African countries, confirmed their first cases of Omicron on Monday.

The Philippines also said it would temporarily suspend plans to allow in fully vaccinated tourists.

It remains unclear how infectious Omicron is and how resistant it could be to vaccines.

The WHO’s latest technical update called it a “highly divergent variant with a high number of mutations”, warning that some of these mutations might be associated with easier transmission and may have the potential to dodge protections including vaccination — though this is yet to be demonstrated.

South African doctor Angelique Coetzee, who raised the alarm over Omicron, said it was a shame that it had been labelled “extremely dangerous” as the cases she had seen suggested the symptoms were milder than other variants.

Portugal on Monday became the latest country to confirm a potential outbreak of the new variant — at a top-flight football club that was forced to field nine players in a match that was eventually called off with the team 7-0 down.

“Preliminary tests carried out by INSA strongly suggest that all 13 cases associated to Belenenses players are linked to the Omicron variant of concern,” Portugal’s national health institute said on Monday.

With the spread of the new variant and rising cases overall, governments are struggling to enforce new measures.

Dutch police arrested a couple who fled a quarantine hotel and boarded a flight to Spain, despite one of them having tested positive for Covid.

And populations are continuing to rebel — tens of thousands taking to the streets in Austria over the weekend to object to mandatory vaccinations.