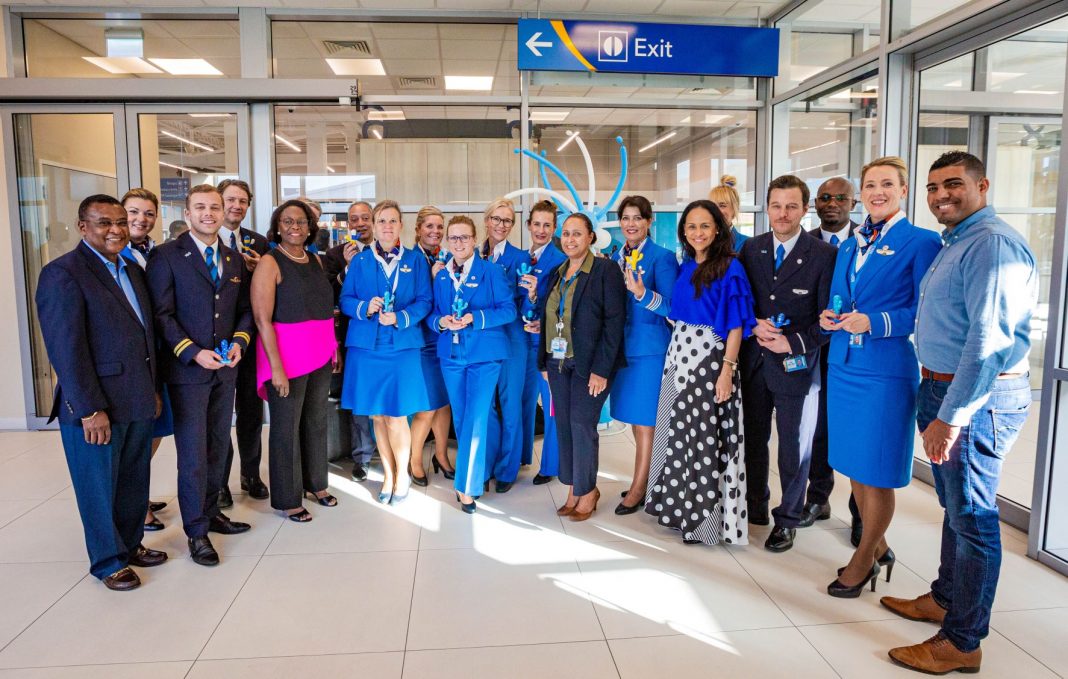 WILLEMSTAD – December 22, 2019 – December 22, 2019 marks 85 years since the first KLM flight to the island of Curaçao. The Curaçao Tourist Board (CTB) and Curaçao Airport Partners (CAP) wish to congratulate KLM and express their gratitude on the occasion of this landmark event. Shortly after its 100th year in the air, the airline is now celebrating 85 uninterrupted years flying to Curaçao—this is cause for a celebration! 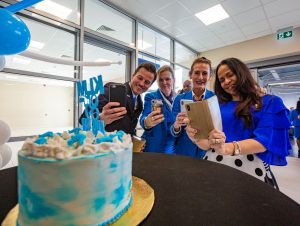 The milestone was marked at the arrival of a KLM aircraft at the Curaçao International Airport, on December 22, 2019. During the ceremony, the Minister of Economic Development Ms. Giselle Mc William and the Minister of Traffic, Transportation and Urban Planning Ms. Zita Jesus-Leito addressed KLM representatives on the island, the aircraft’s captain and crew, and other tourism-industry partners. “Airlift is key to the growth of our tourism sector,” said Minister Mc William, “and our partner KLM, with daily flights between our country and the Netherlands, has been a major contributor to this growth. We thank you for the confidence you have put in us and hope to continue having such an important partner as KLM for many years to come.” Minister Jesus-Leito added, “I am proud of these 85 years of continuous connection between Curaçao and the Netherlands through KLM. I am also grateful for it is our gateway to Europe and tourists all over Europe can visit our dushi island. Also locals living in the Netherlands can come home every day in less than 10 hours.” At the ceremony, Ms. Tsamira Pietersz KLM’s Marketing and Communications Coordinator and Mr. Reginald Beverdijk Station Manager Curaçao received the commemorative plaque, while the captain and crew received mementos of the island. 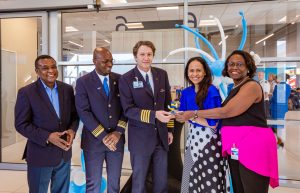 The 85th year of KLM flights to Curaçao was remembered in the Netherlands as well, where Minister Plenipotentiary Mr. Anthony Begina handed out a commemorative plaque to Mr. Harm Kreulen Director of KLM Netherlands. The Government of Curaçao, the Curaçao Tourist Board and Curaçao Airport Partners wish to congratulate KLM, wishing them many more years of successful flights to this unique Caribbean destination, Curaçao! 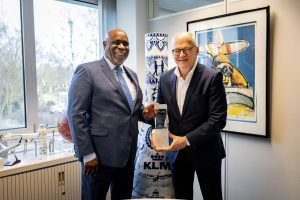 Miles is stepping down from his duties (CHATA) 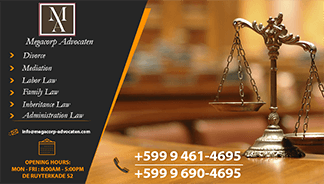