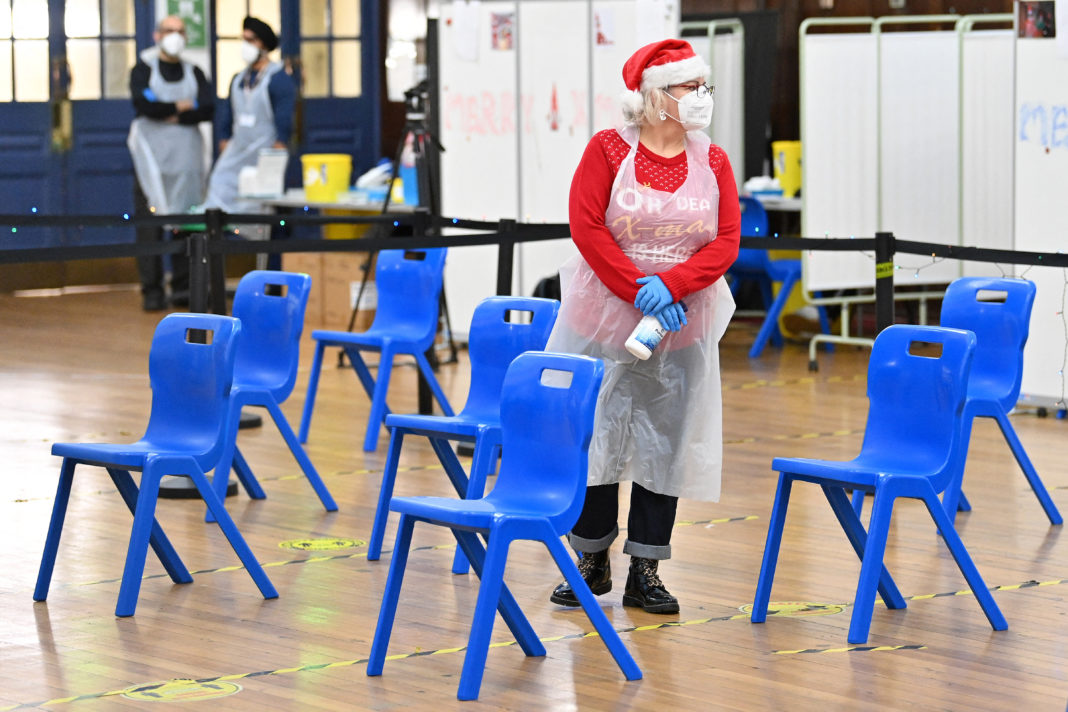 Pope Francis on Saturday called for dialogue to counter the isolation wrought by the Covid-19 pandemic as billions around the world marked a second  Christmas under the shadow of the coronavirus.

An explosion in cases driven by the rise of the Omicron variant has meant a Christmas season tainted by the pandemic for a second year running, with longed-for family reunions overshadowed by the prospect of yet more Covid-19 restrictions.

In his traditional Urbi and Orbi Christmas Day blessing, the pope told the faithful gathered in St Peter’s Square at the Vatican that “our capacity for social relationships is sorely tried; there is a growing tendency to withdraw, to do it all by ourselves, to stop making an effort to encounter others and do things together.”

“On the international level, too, there is the risk of avoiding dialogue, the risk that this complex crisis will lead to taking shortcuts rather than setting out on the longer paths of dialogue.”

“Yet only those paths can lead to the resolution of conflicts and to lasting benefits for all,” said the 85-year-old Argentine pontiff.

During the Christmas Eve mass attended by some 2,000 members of the public wearing masks and respecting social distancing, the pope urged people to appreciate the little things in life.

The city where Christians believe Jesus was born is usually a focal point of the holiday, with thousands packing the streets and filling hotels.

But Israel, which controls all entrances to the occupied West Bank where Bethlehem is located, has also barred its borders to foreigners in an effort to rein in infections from the Omicron strain of the coronavirus.

In his homily for midnight mass celebrated in St Catherine’s Church in Bethlehem, the Latin Patriarch of Jerusalem Pierbattista Pizzaballa said celebrations were “certainly more joyful this year”.

“Compared to last year’s Christmas, the participation is much greater and this is an encouraging sign,” he told the masked congregation.

In the southern Philippines, standing in a pool of water in his typhoon-hit church, Father Ricardo Virtudazo celebrated Christmas Day mass with dozens of devotees who prayed for a better year after the storm killed nearly 400 people and left hundreds of thousands homeless.

“What’s important is all of us are safe,” said Joy Parera, 31, attending the service with her husband in the town of Alegria on the island of Mindanao.

Another survivor, Marites Sotis, said she would usually serve up meat, spring rolls and salad for Christmas, but her family was struggling after the storm felled most of their coconut trees.

“We won’t have those this year because they cost a lot of money,” Sotis, 53, told AFP. “We’ll make do with spaghetti.”

For the second year, surging infections have complicated yuletide plans from Sydney to Seville.

The new coronavirus strain severely disrupted holiday travel, with tracking website Flightaware.com reporting more than 4,500 flights had been cancelled around the world, hundreds of them in the United States.

Millions of Americans were nevertheless on the move to see loved ones for Christmas, even as Covid infections surpass the peak of the previous wave and hospitals run out of beds.

In Washington, US President Joe Biden and his wife Jill visited a children’s hospital for the traditional Christmas book-reading by the first lady.

In Europe, governments are reimposing misery-inducing safety measures that are draining the fun from Christmas for many.

The Netherlands is back in lockdown, while Spain and Italy have made wearing masks compulsory outdoors.

And with Britain hitting a record high number of Covid-19 infections again on Friday for a third day in a row, British Prime Minister Boris Johnson suggested getting a vaccine booster shot as a Christmas gift for relatives.

Still, Christmas gatherings will be easier than a year ago in many other places around the world.

Most Australians are allowed to travel interstate over the festive break for the first time in two years, with Sydney’s Catholic Archbishop Anthony Fisher saying that Christmas was “a ray of light” in dark times.

And Santa Claus was not deterred from doing his rounds, after showing proof of vaccination and a pre-flight negative Covid test, Ottawa’s transport minister said.

According to the North American Aerospace Defense Command’s (NORAD) Santa-tracking website, Father Christmas had delivered 7.6 billion gifts during his 2021 sleigh ride around the world.