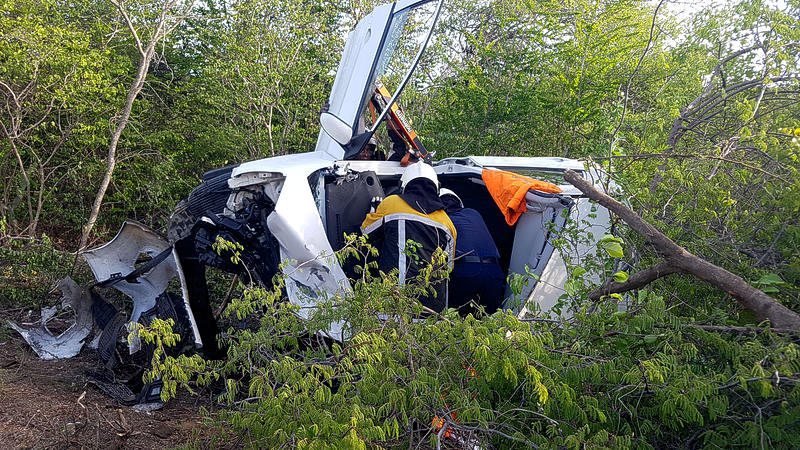 WILLEMSTAD – Curaçao has registered its 10th fatality in traffic for this year 2018 after a tourist lost his life during a traffic accident that happened in the Bandabou area.

Yesterday around a quarter too 5 in the afternoon, the police station received a report that in “Kolonie” there was a traffic accident.

At the arrival of the scene, the police patrol found two crashed cars. Of the preliminary investigation that the police practiced in the place of the event, it turned out that the driver of an SUV that was going in the direction of Soto, for unknown reasons ran against his hand and hit a family car that was coming from the opposite direction of Fontein.

The victim who died was a tourist and was with his partner in the car during the accident. Due to the strong impact the driver of the family car suffered different injuries and died on the scene.

The Ambulance transported the other two victims to the hospital in order to receive medical treatment. The driver who caused the accident was under the influence of alcohol.

In connection with this situation the police arrested the man (driver) R.E.H. born in Holland, 37 years old, as a suspect of operating a vehicle under the influence of alcohol and for having caused this accident.

The procedure that will be maintained with him will be to notify the family through official and legal channels beforehand, and later to make public the identity of the victim.

The Traffic Department will continue with the investigation.