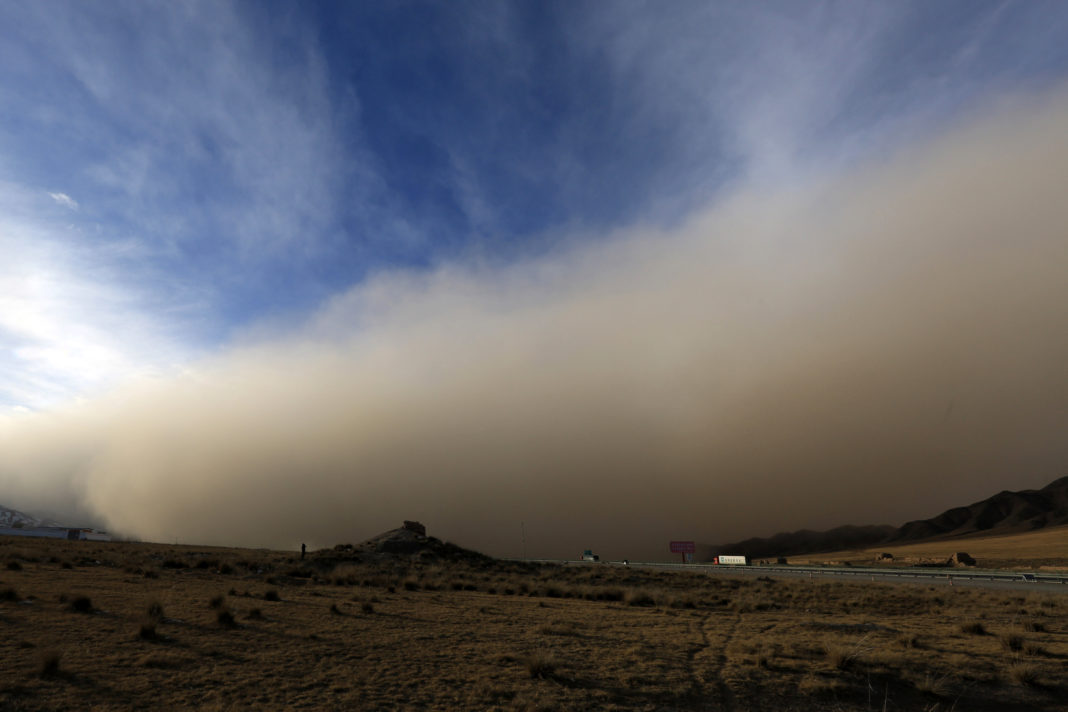 Scenes of huge orange dust clouds rumbling across the countryside — with winds of up to 100 kilometers (62 miles) an hour — have been seen at least three times since the end of September, terrifying residents in urban and rural areas of Sao Paulo and Minas Gerais states.

The six people killed in Sao Paulo were victims of falling trees and houses and other direct consequences of the storms, local media reported.

“In some ways, they’re a common occurrence, but not of this magnitude that we’ve seen in 2021,” meteorologist Estael Sias of the Brazilian weather channel Metsul told AFP of the storms.

“It’s the result of a long period of a lack of rain, high temperature and low humidity,” she explained.

“The wind gusts come in contact with the sandy ground and churn up into the atmosphere pollution, waste and the leftovers from fires, which also happen during the dry period,” Sias said.

The strong storms “can’t be separated from climate change,” he said.

“In this century, every year has had record temperatures. There is more heat in the atmosphere, which has just been transformed into energy for extreme (weather) events: rain, storms, floods, but also drought, cold and heat, what has just been unleashed with events like these dust storms,” Sias said.

Such storms, which can be frequent in desert regions, can reach thousands of meters into the sky, be up to 160 kilometers wide and last for several hours, according to Sias.

In addition to dealing with extreme drought, the mostly agricultural region also has large open areas uncovered by vegetation, which also leaves land vulnerable to soil being caught up in high winds.

Brazil is facing its worst drought in 91 years, which has led to a critically low water level in hydroelectric reserves in the central-western and southern parts of the country, driving up electricity costs.