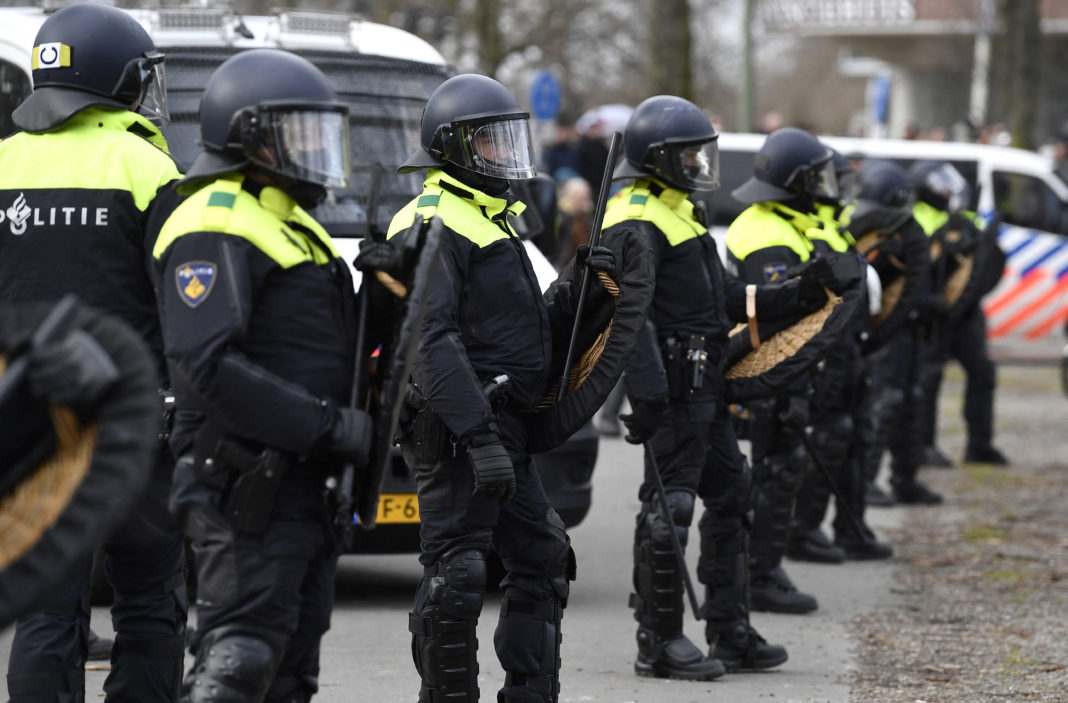 A Dutch judge jailed two people on Wednesday for throwing stones at police during riots in Rotterdam, in the first sentences concerning days of unrest over the government’s coronavirus measures.

A woman identified as Sharon M., 26, from the neighbouring town of Spijkenisse, and a man named as Terence van den B., 29, from nearby Delft, were both sentenced to five months in prison with two months suspended.

Sharon M. was ordered to pay 1,000 euros for damage to police cars while both were banned from Rotterdam’s main Coolsingel shopping area for one year under a fast-track sentencing.

“You stood there throwing stones at the riot police. We watched the images together,” judge C.H. van Breevoort-De Bruin said while jailing Terence van den B.

“I did not see a situation, nor did I hear you point it out when we viewed the footage, which necessitated you to defend yourself against anything.”

The violent riots in the port city erupted after a protest against Covid restrictions on Friday night. Five people were wounded by police bullets the rioters set a police car on fire.

The trouble spread to The Hague on Saturday, with protesters hurling fireworks and stones at police and burning bikes, and to other cities including Groningen in the north on Sunday and Monday.

At least 173 people were arrested nationwide.

Coronavirus curbs brought in on November 13 included bars, restaurants, cafes and supermarkets closing at 8 pm, sports matches being played behind closed doors, and limits on visitors to people’s homes

The Dutch government is considering announcing tougher coronavirus measures on Friday after new cases hit a new record high of 23,789 in one day.