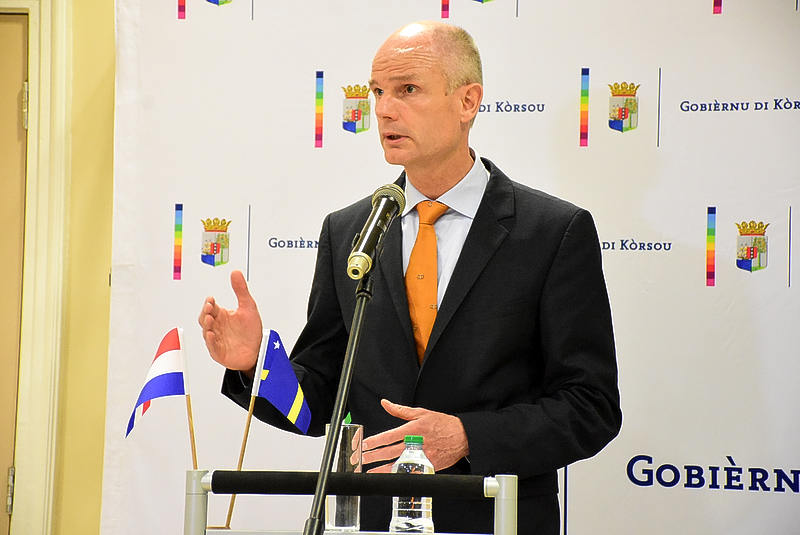 WILLEMSTAD.- The Minister of Foreign Affairs of the Netherlands Stef Blok together with the Prime Minister Eugene Rhuggenaath, visited the refinery last Tuesday. According to Rhuggenaath, the visit took place ‘because the future of the refinery is one of the most important topics for Curaçao at the moment. For our economy, for our social development, but it also has to do with our foreign relations, not only with Venezuela but also with the United States. ‘According to Rhuggenaath, Blok recognizes that the refinery is an important issue for Curaçao. ‘On behalf of the Government and on behalf of the Curaçao Refinery, I have to thank the Ministry of Foreign Affairs. We have got support in the last period. Not only with Venezuela, but also with international contacts, this is very important in order to reach a solution for the Refinery. “Rhuggenaath was also happy that Blok decided to visit the Isla Refinery last Tuesday.

According to Blok, the visit was very fascinating. According to the Minister, it was also very interesting to be able to deliberate with the refinery workers. Along with this, Blok explained that the Embassies of the Kingdom are making their best efforts to help Curaçao with international contacts to get a company that is interested in serving as a Refinery Operator. According to Blok, during the visit and conversations with, among others, the Curaçao Refinery Directive is very obvious, that the Refinery needs more investment. ‘It is more than clear that investments are necessary’. Blok said that the experts explained what the plan was with the refinery. The Minister said that he perceived a good image of the refinery. He is convinced that there are many opportunities for the refinery.