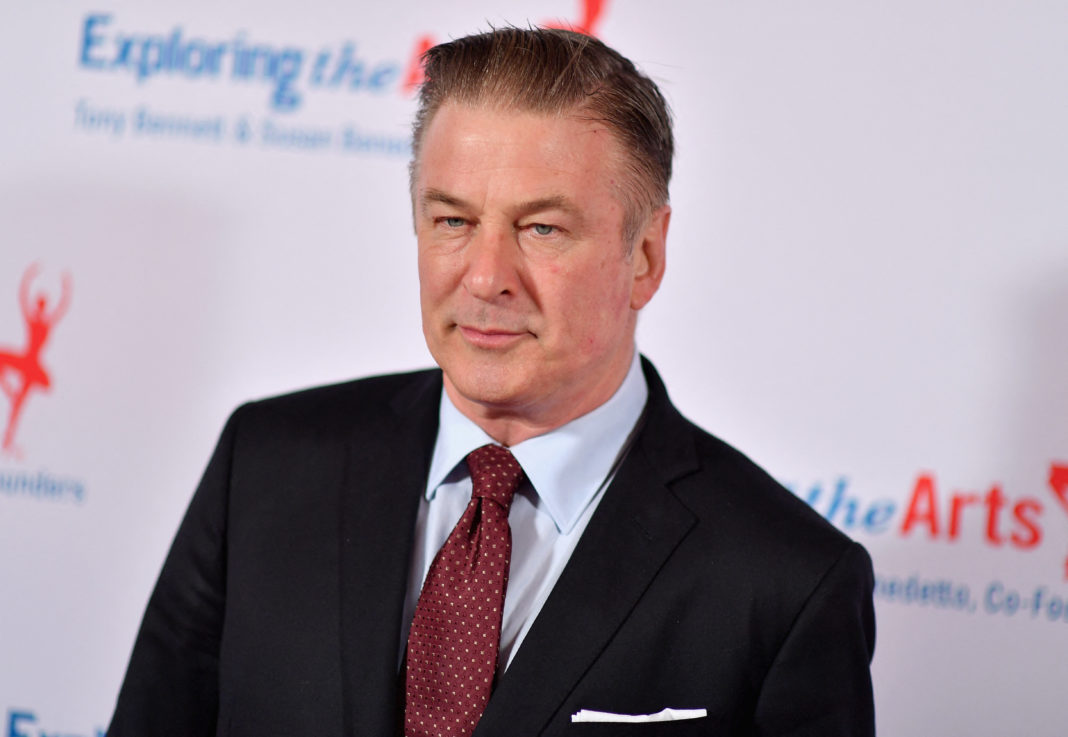 US actor Alec Baldwin fired a prop gun that killed a cinematographer and wounded the director on a film set in New Mexico, US law enforcement said Friday.

The incident took place on the set of “Rust”, where Baldwin is playing the lead in a 19th century western about an accidental killing.

Halyna Hutchins and Joel Souza “were shot when a prop firearm was discharged by Alec Baldwin,” the sheriff in Santa Fe said in a statement.

Hutchins, 42, was transported to hospital by helicopter but died of her wounds, while Souza, 48, was taken by ambulance and was receiving treatment.

He was later released from hospital, “Rust” actress Frances Fisher tweeted, citing a text from him.

“He provided statements and answered their questions. He came in voluntarily and he left the building after he finished his interviews. No charges have been filed and no arrests have been made.”

The Santa Fe New Mexican published pictures of a distraught-looking Baldwin which it said were taken in the parking lot of the set after the tragedy.

The paper said its reporter had seen the actor in tears after he had been questioned by investigators.

One photograph shows a man, presumed to be Baldwin, doubled over.

A spokesperson for Baldwin told PEOPLE magazine Thursday that “there was an accident today on the New Mexico set of Rust involving the misfire of a prop gun with blanks.”

“The entire cast and crew has been absolutely devastated by today’s tragedy, and we send our deepest condolences to Halyna’s family and loved ones,” a spokesperson from the production told The Hollywood Reporter.

“We have halted production on the film for an undetermined period of time and are fully cooperating with the Santa Fe Police Department’s investigation.”

– Shot on set –
Los Angeles-based Hutchins was selected as one of American Cinematographer’s Rising Stars of 2019, according to her website.

Originally from Ukraine, she grew up on a Soviet military base in the Arctic Circle, the website said.

The shooting took place at the Bonanza Creek Ranch, a production location near Santa Fe which is popular with Hollywood filmmakers.

Movie sets usually have stringent rules over the use of prop weapons, but accidents have happened.

Most famously, Brandon Lee, the son of martial arts legend Bruce Lee, died during filming of “The Crow” after being shot by a gun that was supposed to fire blanks.

Brandon’s sister Shannon Lee commented on the shooting on Twitter.

“Our hearts go out to the family of Halyna Hutchins and to Joel Souza and all involved in the incident on ‘Rust’,” she posted on the official Brandon Lee Twitter Page.

“No one should ever be killed by a gun on a film set.”

Baldwin co-produced the film and stars as Harland Rust, an outlaw whose grandson is convicted of murder, and who goes on the run with him when the boy is sentenced to hang for the crime.

The 63-year-old posted a photograph earlier Thursday on Instagram showing him apparently on set, dressed in a period costume and with fake blood on his shirt.

“Back to in-person at the office. Blimey… it’s exhausting,” he captioned the picture, which went online several hours before the incident.

– ‘Devastating’-
A joint statement by John Lindley and Rebecca Rhine of the International Cinematographers Guild said news of Hutchins’ death was “devastating”.

“The details are unclear at this moment, but we are working to learn more, and we support a full investigation into this tragic event. This is a terrible loss, and we mourn the passing of a member of our Guild’s family,” the statement, reported by Variety, said.

Fran Drescher, president of the Screen Actors Guild-American Federation of Television and Radio Artists, and the union’s national executive director Duncan Crabtree-Ireland, also said they were “devastated” by the news and warned that all the facts were not yet known.

“We will continue to work with production, the other unions, and the authorities to investigate this incident and to understand how to prevent such a thing from happening again,” they said in a statement posted on Twitter.

Baldwin has been on television and in films since the 1980s.

He starred in a number of high profile movies, including in “The Hunt for Red October” and two iterations of the “Mission: Impossible” franchise, and has also voiced animated characters in hits like “The Boss Baby”.

He garnered new fans with his long-running portrayal of Donald Trump on “Saturday Night Live”, a character that irritated the former president, but won Baldwin a Primetime Emmy.