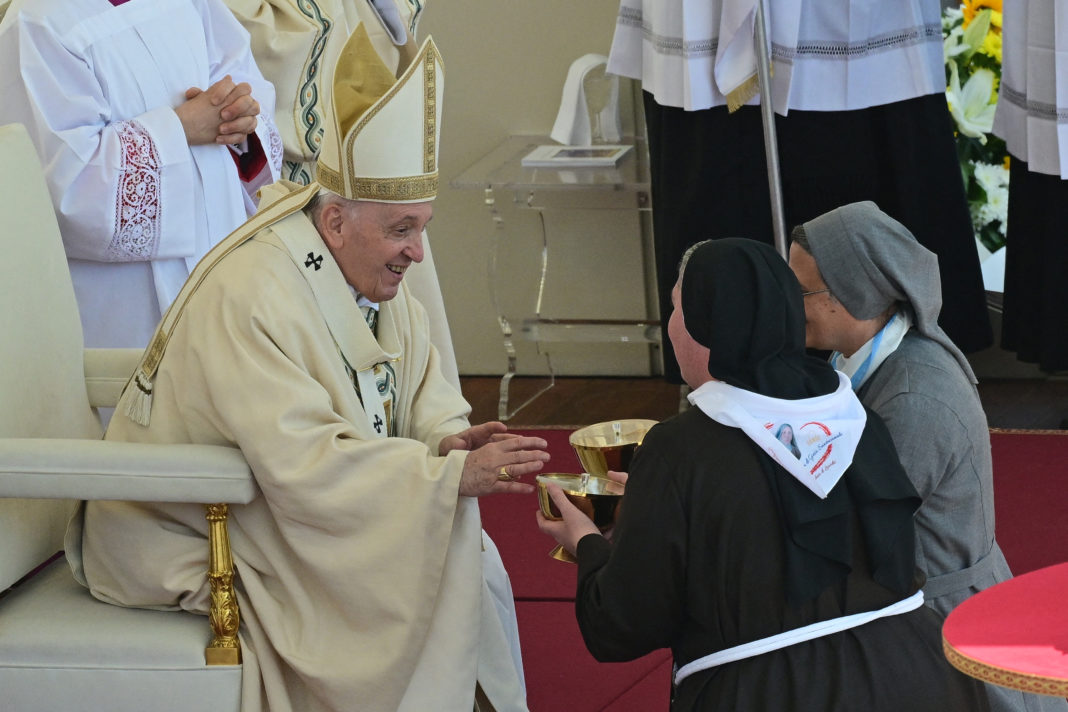 Pope Francis has quipped that a shot of tequila would help him with a painful knee that has forced the 85-year-old Argentinian to use a wheelchair.

“You know what I need for my leg? A little tequila!” Francis joked with a group of Mexican priests in a video posted on TikTok that went viral Monday.

The pontiff was doing the rounds of St. Peter’s Square in the Vatican in his pope-mobile after the general audience on Wednesday when he stopped to say hello to the group of newly-ordained priests, one of whom asked him about his knee.

“Very capricious,” replies a smiling Francis, who has had to cancel some audiences due to an injured ligament in his right knee and chronic arthritis.

The priest thanks the pontiff for his good mood “in spite of your discomfort”, prompting the head of the Roman Catholic Church to confess he would be even jollier had he some tequila to hand.

It is not the first time Francis has wisecracked about tequila. In 2016, ahead of a trip to Mexico, one enthusiastic priest shouted out to Francis in Saint Peter’s Square “we are waiting for you!”

“With tequila or without tequila?” the pontiff asked with a cheeky smile.