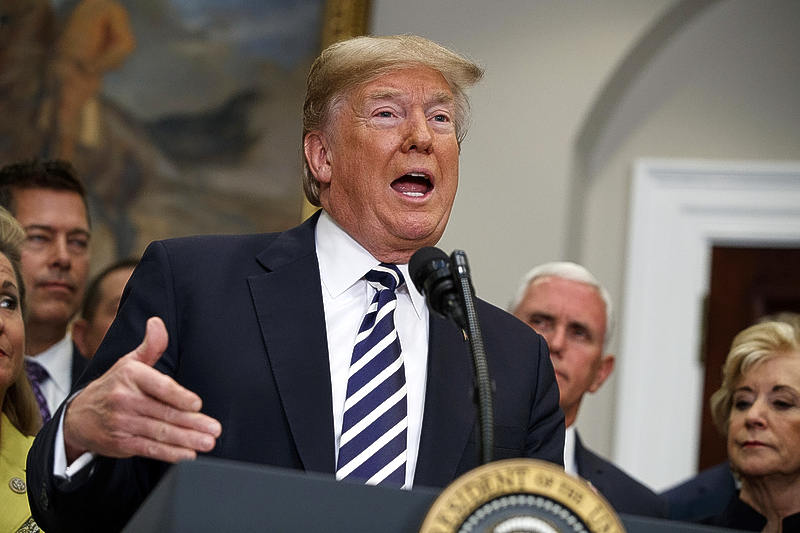 Share on Facebook
Tweet on Twitter
Naver
US President Donald Trump on Friday announced tariffs of 25 percent targeting $50 billion in Chinese imports, making good on a pledge to punish the alleged theft of American intellectual property.

The announcement was sure to spark countermeasures by Beijing, which has vowed to retaliate, bringing the world’s two largest economies to the brink of an all-out trade war long feared by markets and industry.

However in a statement, Trump also warned of “additional tariffs” should China hit back with tit-for-tat duties on American goods and services exports.

“The United States can no longer tolerate losing our technology and intellectual property through unfair economic practices,” Trump said in the statement.

“These tariffs are essential to preventing further unfair transfers of American technology and intellectual property to China, which will protect American jobs.”

The announcement caps months of sometimes fraught shuttle diplomacy between Washington and Beijing, in which Chinese offers failed to assuage Trump’s grievances over the soaring US-China trade imbalance.

But Trump’s China trade offensive is only one side of his multi-front trade confrontation with all major US economic partners.

The Trump administration on Friday was also due to release a finalized list of Chinese goods that will face the tariffs.

US officials say Beijing has sought industrial dominance in the emerging technologies through the theft of American know-how through forced technology transfers, hacking and other forms industrial espionage.