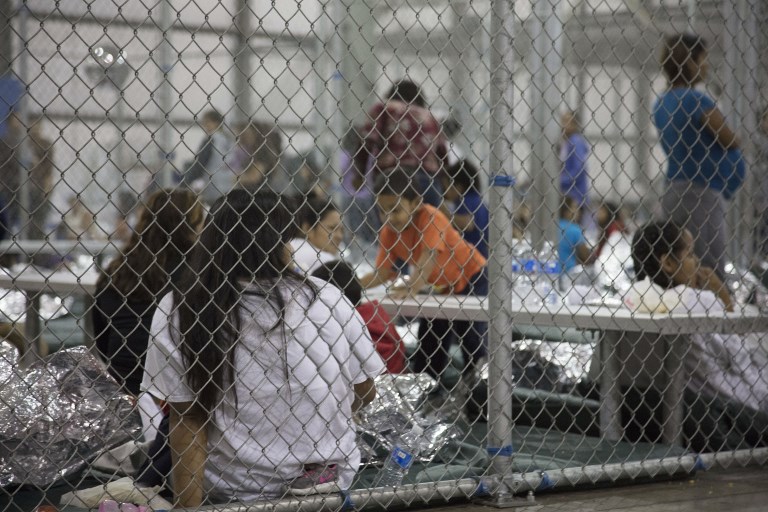 British Prime Minster Theresa May on Wednesday said images from the United States of migrant children being held in cages were “deeply disturbing” and that she would press President Donald Trump on the issue.

“On what we have seen in the United States, pictures of children being held in what appear to be cages are deeply disturbing… this is wrong,” she told MPs.

May said she would raise the issue with Trump when the pair meet in Britain next month.

“When we disagree with the United States we tell them so,” she told MPs.

“But we also have some key shared interests with the United States in the security and defence field and on other areas as well.

“And it is right that we are able to sit down and discuss those with the president.”

Trump told Republican lawmakers Tuesday he backed their efforts to craft an immigration solution that ends the politically toxic practice of separating illegal migrant families on the US-Mexico border.