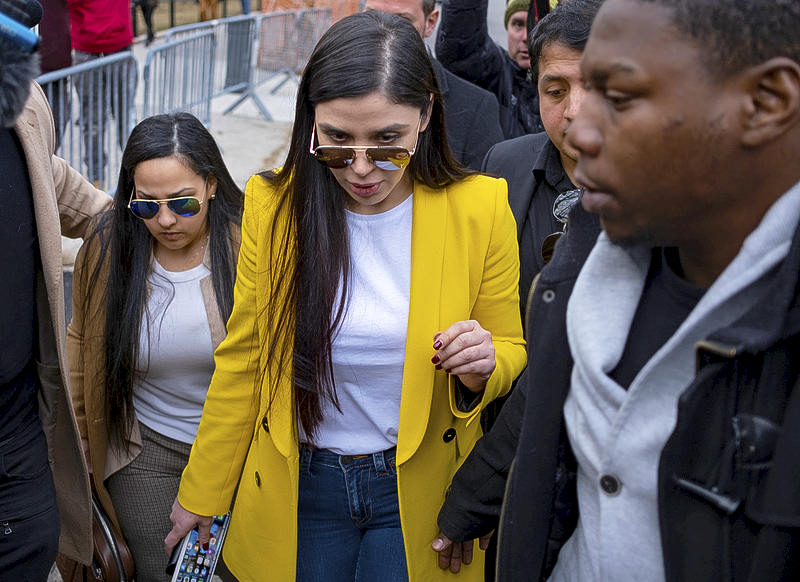 The US Justice Department has requested a four-year prison sentence for the wife of jailed Mexican drug lord Joaquin “El Chapo” Guzman.

Arrested in February at Dulles International Airport outside Washington, Emma Coronel Aispuro pleaded guilty in June to all three counts against her, including drug trafficking and money laundering.

Prosecutors also asked that she be sentenced to five years of supervised release and a payment of $1.5 million, according to a court document released Thursday.

Guzman was the leader of the Sinaloa cartel, one of Mexico’s most notorious drug trafficking groups.

He ran an operation that delivered hundreds of tons of narcotics into the United States and was behind multiple murders of those who crossed him, according to court filings.

The cartel imported more than 495 tons of cocaine, 99 tons of heroin, 49 tons of methamphetamine and 99 tons of marijuana over 25 years, according to the US Justice Department.

Coronel, a 32-year-old former beauty queen, was accused of serving as an intermediary between “El Chapo” and his associates.

The dual US-Mexican citizen also helped “El Chapo” escape from a Mexican prison in 2015, according to prosecutors.

The drug lord twice escaped from prison in Mexico, once hidden in a laundry cart and a second time by slipping down a tunnel that reached his prison shower.

Coronel married “El Chapo”, who is 32 years her senior, in 2007 and is the mother of their twin girls.

Guzman was considered the most powerful drug trafficker in the world until his arrest in 2016 and his extradition to the United States in 2017.

Sentenced in July 2019 to life in prison, he is serving his sentence in a maximum-security prison in Colorado.

His trial lasted more than three months between November 2018 and February 2019, and Coronel attended almost daily.

Her sentencing is scheduled for November 30 in a federal court in Washington.

US gas prices fall below $4 for first time since March

One million people displaced by drought in Somalia: UN

Up to 50 missing after migrant boat sinks off Greece