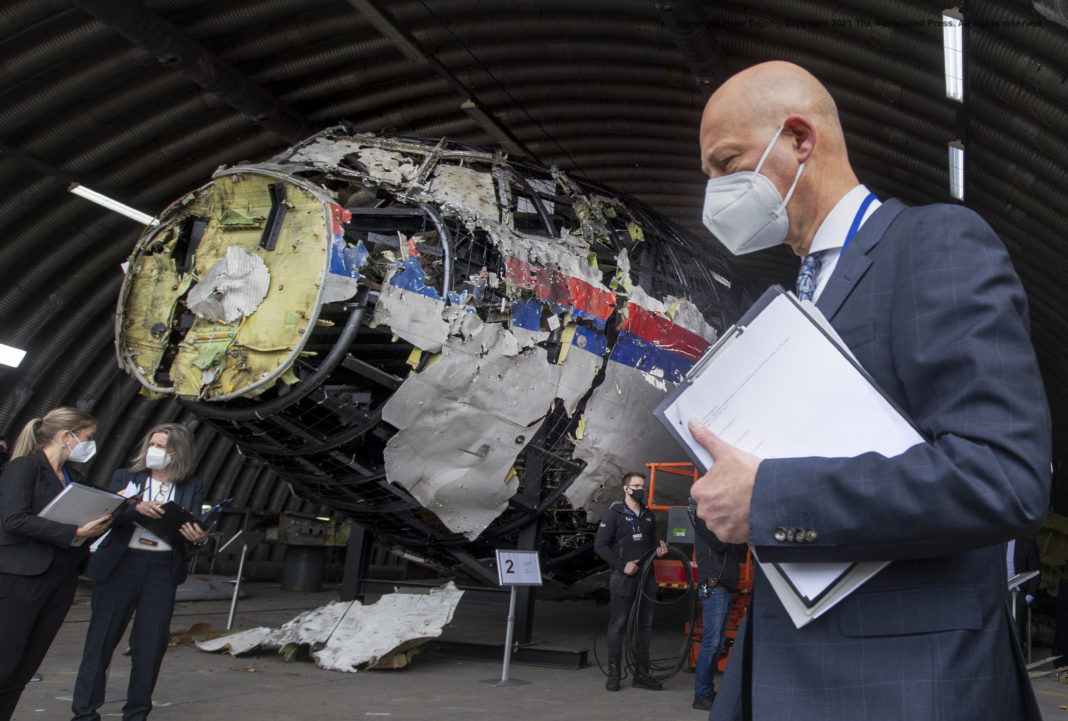 Dutch prosecutors on Wednesday called for life in prison for four suspects on trial in absentia accused of downing Malaysia Airlines flight MH17 with a surface-to-air missile, killing 298 people.

The ill-fated flight heading for Kuala Lumpur took off from Amsterdam’s Schipol airport in July 2014, and prosecutors this week launched closing arguments in the closely watched trial.

A verdict is not expected until late 2022 at the earliest.

“We are asking that the suspects Girkin, Dubinsky, Pulatov and Kharchenko, each for their responsibility of crashing a plane leading to the death and murder of 298 people, be sentenced to life in prison,” prosecutor Manon Ridderbeks told the court Wednesday.

All four have refused to appear in court in the Netherlands and are being tried in absentia.

Prosecutors have argued this week that the four suspects played pivotal roles in securing the BUK system, which was most likely intended to strike a Ukrainian warplane.

“If this was the intention, that doesn’t change the accusation of making it a criminal act,” public prosecutor Thijs Berger told the judges on Monday.

“A mistake in target also makes no difference to the evidence that such a crime has been committed,” he said at the high-security court, near Amsterdam’s Schiphol airport.

He added that the men did not “press the button themselves”, but they were no less guilty.

International investigators say the BUK missile was originally brought from a Russian military base, ostensibly to be used in the fight against Ukrainian forces.

The hearings come as fresh tensions soar over Ukraine, with the West accusing Moscow of planning an invasion.

Kiev has been battling a pro-Moscow insurgency in two breakaway regions bordering Russia since 2014, when the Kremlin annexed Ukraine’s Crimean peninsula.

Russia has recently massed troops near Ukraine’s borders and the West has for weeks accused it of planning an invasion, warning Moscow of massive sanctions should it launch an attack.

Moscow denies the claims, with President Vladimir Putin seeking talks with US counterpart Joe Biden and security guarantees to stand down his troops.

Western nations imposed tough sanctions on Russia amid international outrage over the shooting down of flight MH17.

The best known of the suspects, 49-year-old Girkin — nicknamed “gunner” — was one of the main separatist commanders at the start of the conflict with the Ukrainian army five years ago.

Dubinsky, 57, is said to be linked to Russian military intelligence, while Poulatov, 53, is a former member of the Russian special forces and Dubinsky’s deputy.

Khartchenko, 48, is believed to have led a separatist unit in eastern Ukraine.

Prosecutors said during the opening of the trial in March 2020 that if the court passed a sentence “we will do everything in our power to ensure that it is enforced, whether in the Netherlands or elsewhere”.

The trial heard harrowing testimony from relatives earlier this year who spoke of the heartbreak of the loss of children, parents and siblings, and called on “corrupt” Russia to provide justice.