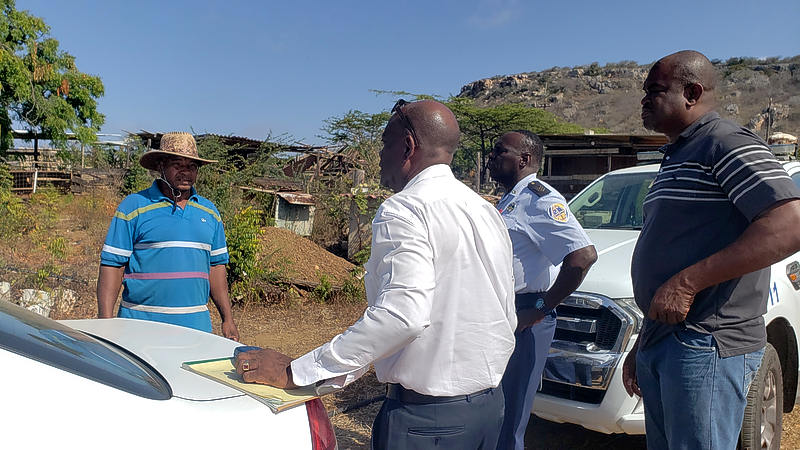 WILLEMSTAD.- The XTeam Officials together with the Curaçao Police went to the Ronde Klip area, after having received several complaints from several inhabitants of the surrounding area, related to the illegal burning of garbage. At the time the officials arrived at the site, they had to search long before they reached the different places where the garbage burning had occurred, because it was quite removed and hidden.

It is about two different plantations where those present were burning garbage. In the first plantation the employee indicated that he simply carried out orders from his employer, orders that consisted of cleaning the stables and burning the garbage. He also stated that he did not know he was doing something wrong.

In both places, the employees indicated that they have the habit of burning the garbage, in order to scare away the amount of animals, mainly the mosquitoes and mosquitoes that swarm in the area. In both places the officials gave three fines to different people, for illegally burning garbage. Burning garbage illegally is not a situation that has arisen today. According to residents, it is a problem of many years which has caused them to become lung patients due to the smoke that whips them daily.

This same problem has come to the hands of the police several times, due to the threats that residents have received from those responsible for burning garbage.

Saba closes off first vaccination round, total tally at 1,328